The BBC commercial subsidiary hires stage 8, stage 9 and a George Lucas stage. All have been converted for TV Studio use, with production galleries, dressing rooms, make up, wardrobe and audience facilities.

The George Lucas stage converted under this unique partnership is the largest purpose built TV stage in the UK and has already hosted many of the top UK entertainment shows including Strictly Come Dancing, The Voice, A League of Their Own, Let it Shine and soon in 2017 Britain’s Got Talent.

Stages 8 and 9 again fully equipped with production galleries, TV floors, TV lighting, dressing rooms, make up, wardrobe, air conditioning and audience facilities have successfully been used and continue to be used for top TV shows such as The Chase, Pointless, Celebrity Juice and Virtually Famous. New electrical power installations include backup generators for all the TV stages and Fibre Broadcast Connectivity making them ideal for live shows.

David Conway, Managing Director of BBC Studioworks, says, “We are pleased to confirm our commitment to the London studios market and our valued clients with the growth of our footprint across Television Centre and Elstree. Our trusted partnership with Elstree Studios has allowed us to deliver many memorable productions for our customers and we look forward to continuing this successful relationship.”

Roger Morris, Managing Director of Elstree Studios, says, ‘The continued partnership is a testament to our belief in the need for first class TV studio facilities in London. Working together, we produce a wide range of television shows at the world-famous Elstree Studios, drawing upon the state-of-the-art, professional television technical production facilities and expertise that Studioworks are renowned for makes us market leaders.’ 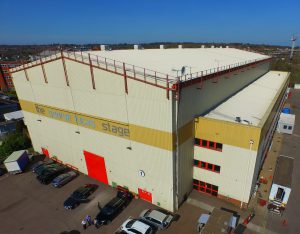 Overview of the BBC Studioworks facilities at Elstree 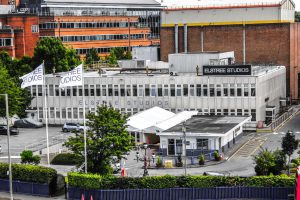 For more information on BBC Studioworks productions at both Elstree Studios and at Television Centre, please visit: www.bbcstudioworks.com

Elstree Studios has a range of film and TV studios from 3,000sq ft to 16,000sq ft with the George Lucas stages being one of the tallest in Europe with a height of 50ft.  Internationally famous acts such as Robbie Williams, Kylie, Rihanna, Take That, One Direction and many other artists find these stages ideal for their tour rehearsals enabling them to fit a full size stadium stage and lighting grid.

Located just 20 minutes from the heart of London, Elstree Studios is without doubt London’s, and the East of England’s, number one studio for any film or television production, tour rehearsal, promo or corporate event.

A Fitting Tribute to Viola Beach