The chief executive of Asda, Andy Clarke, is set to leave the supermarket’s top job after enjoying the role for six years. He will be replaced by Walmart China’s president, Sean Clarke, on 11th July.

It comes despite Andy Clarke hinting that his replacement would be Chief Operating Officer of the business, Roger Burnley, citing a lack of cohesion between Asda bosses and US Walmart owners would prevent a Walmart boss taking the helm.

In fact, it had been widely predicted that Roger Burnley would succeed Andy Clarke for months, even seeming to be confirmed when Clarke suggested that Roger would be a “great leader”. It was thought that Burley would be appointed following his mandatory garden leave from Sainbury’s which is due finish in October. It was not be, however; Roger Burley, instead, becomes Deputy Chief Executive to Walmart’s Sean Clarke when he joins Asda. 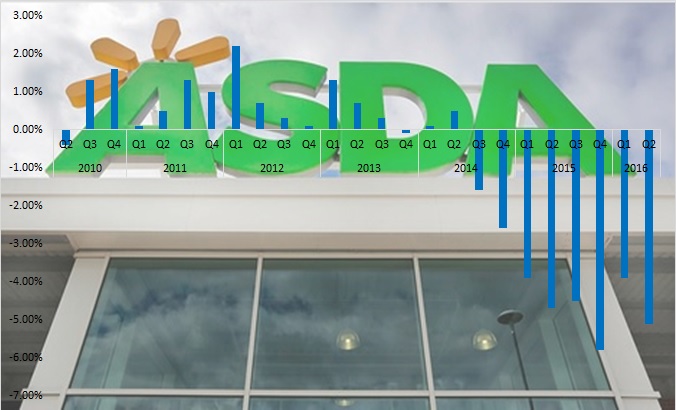 Sean Clarke is no stranger to Asda having worked as financial director there before moving on to other groups in Germany, Canada and Japan. He described his appointment as chief executive as both “a challenge” and “a privilege”.

He will certainly have big shoes to fill. His predecessor, Andy Clarke, is the longest serving chief executive of the Big Four to date. That said, the former boss failed to prevent Asda from entering its seventh consecutive quarter of sales declines and the supermarket has struggled against new competition from Aldi and Lidl as well as increasing competition within the Big Four.

David Cheesewright, President and Chief Executive of Walmart International, said Sean’s appointment would be crucial for leading the business through the changes it so sorely needed to remain profitable. He added that Sean Clarke is a “top talent”, one of the firm’s most experienced global execs and “a future CEO”.

Whether Sean Clarke can live up to Cheesewright’s commendation as yet remains unclear though, doubtless, Asda has a long way to go if it is to recoup consumer loyalty sales figures.