Following the hugely successful launch of the Apple iPhone 6s and 6s Plus, Google is set to debut its new Lexus handsets later this month. In an industry where it’s increasing difficult to create market differentiating features, it’s anyone’s guess as to who will come out on top.

Little over a week ago, mobile phone sales rocketed as consumers flocked to get their hands on the latest offerings from brand-leader, Apple. Reaching in excess of 13 million sales within just three days of its release, if sales are anything to go by, the latest iPhones are the mobile phone industry’s most popular device to date.

A significantly heavier handset, the iPhone 6s and 6s plus house a more efficient A9 processor and a camera capturing shots at 12MP – 50% higher than the previous model, and capable of shooting 4K video. They’re also more durable handsets, less susceptible to wear and tear damage – something which users will greatly appreciate.

In fact, in the iPhone 6s and 6s Plus, the company have paid real attention to the catalogue of flaws logged by owners of the iPhone 6 model: refining their touch sensitivity making for more streamlined use, and upping the base storage – now offering a 128GB model. Perhaps the most notable difference between the new generation phones and their predecessor is the addition of the 3D Touch and Live Photo features. The first is a move toward absolute interactivity. 3D Touch allows users to navigate the touch screen with heightened precision as it responds differently according to the pressure or gesture applied. Live Photo, meanwhile, gives users the option to record the process of snapping a photo thereby capturing brief moments which might ordinarily pass by. And yet, with the two new features is sure to arrive the common pitfall, and one which iPhone manufacturers, Apple, will be loath to admit: increased pressure on the unit’s battery life.

Hoping to capitalise on Apple’s shortcomings, Google has timed the release of two new handsets to coincide with the tail end of the iPhones’ initial sales: the Nexus 5X and Nexus 6P, and the latter is expected to be the iPhone 6s’s most formidable rival in the weeks to come. The latest upgrade of the so-popular Nexus model maintains the compact size which was so well-liked in the previous phone, while introducing new fingerprint technology and improved usability. 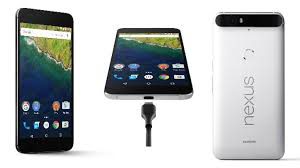 A good deal cheaper and delivering the high-resolution screen android users have grown accustomed to, the Nexus 6P offers less in the way of new features, focusing more on enhancing the capabilities for which it is already lauded. The extra gigabyte of RAM enhances the phone’s speed, effectively accommodating the new fingerprint sensor feature and increased functionality – something which the both the 6S and 6S Plus so desperately miss. The camera also possesses 0.3MP more than the iPhone and, though it doesn’t necessarily produce photos of a higher quality, the number is sure to be a deciding factor for buyers.

The Nexus 6P also benefits greatly from its originator so, where customers lose out on Apple’s iO9 technology, they can enjoy the built-in Google apps of the Nexus, including the newly upgraded Google Photos.

If it’s a numbers game customers are playing, the substantially cheaper and increased specification, will secure Google’s Nexus 6P a podium finish. That said, leaning to the side of innovation or the mere strength of the brand, the iPhone 6s and 6s Plus, with subtle but exciting new features, have it in the bag.

5 Business Processes You Should Have Automated Long Ago

IS BITCOIN PRIME SCAM OR LEGIT ?