Rod Stewart releases new single ‘Walking In The Sunshine’ taken from his Top 3 platinum selling album ‘Another Country’ out now on Decca.

Since its release, ‘Another Country’ has already sold over 300,000 copies in the UK alone and the joyful ‘Walking In The Sunshine’ follows the singles ‘Love Is’, ‘Hold The Line’, ‘Way Back Home’ and ‘Please’.

Demand for Rod Stewart’s spectacular lives shows are stronger than ever with Rod recently announcing a ‘Hits’ tour for this autumn including two O2 Arena shows after playing a series of stadium dates this past June from Plymouth Argyle’s Home Park in the south to Inverness Caledonian Thistle’s Caledonian Stadium deep in the highlands of Scotland.

With his unique vocals, narrative songwriting and passionate live performances, Rod Stewart has built one of the most successful and enduring music careers of all time. In a career spanning more than five decades, he has amassed sales of more than 200 million albums and singles worldwide.

Check out the full list of venues where you can catch Rod Stewart over the next two months. 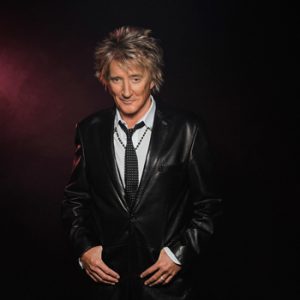 Big Turn Up At the Salcombe Crabfest 2017

Stefflon Don in Birmingham this Weekend