Poker is not just the game played on the table, it is the story that surrounds the game and the antics of the players that play it. Thanks to the diversity of players, we have had a number of memorably funny moments at high-stakes poker tournaments throughout the years and a whole host of great poker jokes.

In this article though, we’re not focusing on the spontaneously funny or bizarre moments at tournaments like the WSOP. Instead, we’re taking a look at some of the most hilarious poker scenes from film and TV.

Why? Because quite frankly, we’re a little bit bored with ‘iconic poker moments’ articles that start with Casino Royale and end with Rounders. So, let’s hop straight in and hope that there’s no mention of Daniel Craig or Matt Damon…

Seinfeld was one of the greatest TV shows to hit our screens but the uproar that greeted its final ever episode nearly robbed us of another great show. Larry David, the co-creator of Seinfeld was reportedly so upset about the reaction to the ending of the show that he vowed never to write again.

Fortunately for us though, that was a passing fancy and he eventually decided to pick up his pen and write Curb Your Enthusiasm which was released in 2000. In this episode, Larry commits one of his classic faux-pas’ by imploring everyone at the poker table to call Julia.

One by one they all fold, with Larry embarking on a Spanish inquisition to find out why they chickened out. The scene is incredibly expletive laden, so we’ll stop talking and just let you enjoy it play out in front of you…

Curb wasn’t the first time that Larry David made us laugh through the ruse of poker. In this great episode of the sitcom, poker terminology is used by George and Jerry to discuss the issue of a friend having cancer.

In the scene Jerry confesses to George that he didn’t tell him his friend Gary had cancer as he has no poker face and can’t keep a secret. Later on, George meets up with Gary who tells him that he never had cancer and has been living a lie.

Later on, George has to put his ‘poker face’ to the test with hilarious consequences as Jerry probes him on what he’s hiding. If you’re a bad poker player that can’t hide your emotions at the table, you’ll appreciate this scene even more.

This one isn’t from a TV show or film but it is well worthy of inclusion due to how bizarrely funny it is. In a cash game, comedian Kevin Hart is left playing against German online qualifier Mila Munroe who has already promised to bluff Hart ahead of the tournament.

With nothing but a 6 high, she continues to bait and bluff Hart who has a King high by going all-in, it’s the perfect bluff, played excellently but Kevin Hart throws a spanner in the works.

Instead of thinking that he’s sitting with a King high, he incorrectly reads his cards and thinks that he has a straight. So, when Mila goes all-in, he doesn’t think twice about joining her before turning over his cards and realising that he’s misread his cards.

It’s all okay in the end though for the comedian because despite his misreading, he still had a higher hand than Munroe. After the hand, he gifts $15,000 back to Munroe because he feels bad about accidentally beating her mega bluff.

Even the most dyed in the wool Friends fans out there might struggle to cast their minds back to this classic episode.

In the episode the boys are talking about a poker game that made Joey cry the night before and the girls enquire as to why they’ve never been asked to play poker. Ross tells them that they are welcome to play and asks them if they know how to.

They don’t, but do go on to agree to play with hilarious consequences as the boys try and teach them the rules. The highlight of the episode is Ross saying “Alright, now, you sure? Phoebe just threw away two Jacks because they didn’t look happy.” 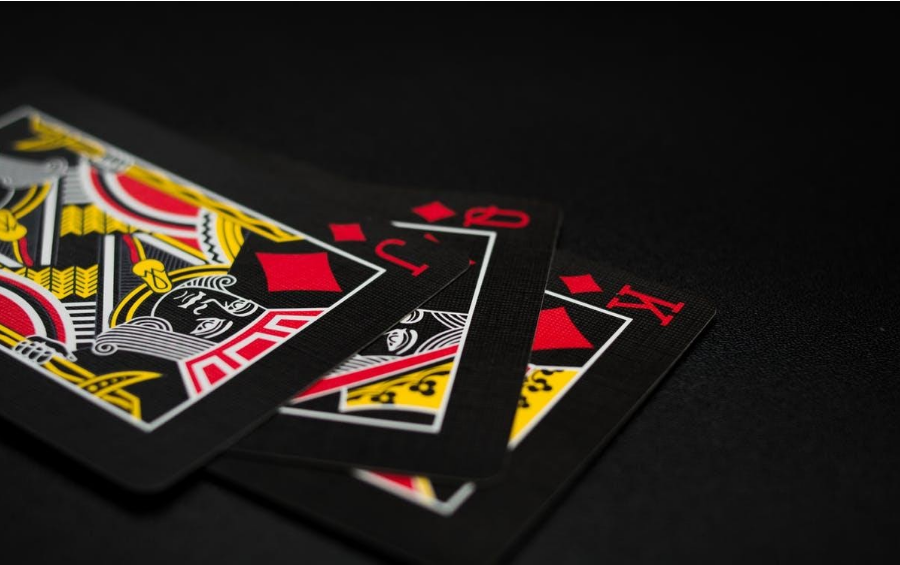 We have already mentioned earlier in this article our annoyance at reading endless articles about Casino Royale, so what better way to finish than with this hilarious parody?

In Hart’s 2016 comedy special, there’s a pre-show mini-movie in which Hart plays special agent 0054 and finds himself up against ‘The Really Evil Villain’ in a super high stakes game of poker.

Netti-casino.biz is ready for a major relaunch